A fool may talk, but a wise man speaks 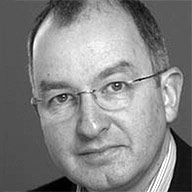 After a genetics degree at Edinburgh, Paul began his career as a genetics researcher. However, he was soon drawn to the more ‘glamorous’ world of broadcast media and joined Yorkshire Television in the early 1980’s!

During his long and distinguished career Paul has developed and executive produced many award winning programmes including Britain’s Tallest Teens for ITV1;Timewatch: The Hidden Children for BBC2; and The Cosmos: A Beginner’s Guide for BBC and Open University.

With extensive experience on both sides of the camera and through his work in the media and in journalism, Paul brings to the “collective” all you need to know about media training and camera work.

Paul is also the co-author of 5 books.