When all other means of communication fail, try words 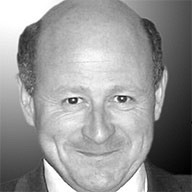 Clive read English and Law at Cambridge. On discovering that judges tended not to laugh at his jokes and juries were not allowed to clap, he left the Bar and went to Bristol Old Vic to train as an actor.

He worked extensively in theatre and radio as well as starring in several award winning tv dramas, working alongside Warren Mitchell and Alfred Molina to name but a few.

For more than 20 years Clive has been a professional scriptwriter and after dinner speaker, as well as writing speeches and presentations for many key business leaders both here and abroad. He has been running communication training and “Content” Workshops for over 10 years.

There is nothing Clive doesn’t know about the structure and delivery of a speech!

“As usual your speech was a total hit…. I have heard nothing but delighted comments which was no mean feat considering it was the last day of a gruelling three day conference… You are a real star and a delight to work with”